Wow. I've been making so many of these blog posts that I don't know when to quit (save for that little break), but anyway, I'm back with more bad news.

Unfortunately, actor, filmmaker, and comedian Jerry Lewis, whom I mostly recognize as The Nutty Professor, has died earlier today at 91 years old. It's a particularly very sad day for Hollywood, and I'm really, really sad to see him leave our world too. It always saddens me when a big star dies, especially if he/she is enjoyed by millions.

To me, Jerry Lewis changed the face of comedy with his expertise in slapstick humor, which is something that audiences laughed at and enjoyed generation after generation. Needless to say, he was a key person in American entertainment, and sadly, it won't be the same without him. Hopefully, he'll enter heaven to meet up with the other celebrities who died this year.

By the way, I think the segment Barry Screwis from Sophie's Variety Theater will pay tribute to Jerry Lewis and borrow a LOT from his comedy style so it can be remembered for eternity.

Oh, and one more thing, here's a treat from New Movie Trailers that shows the best of the true king of comedy:
R.I.P 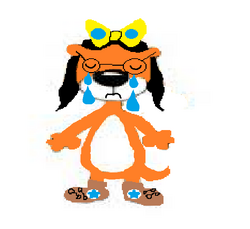 Retrieved from "https://creativeness.fandom.com/wiki/User_blog:NaturalFreshOtter00/R.I.P._Jerry_Lewis?oldid=7963"
Community content is available under CC-BY-SA unless otherwise noted.